Interesting Plants we have still to get to the bottom of!

What a stunning plant - I wish I had got more photos etc. I will try and pick up on it during 2018


I see this so many times when you get plants of the same family close together but with totally different characteristics just like these two.  On the left side you have the straightforward (as we know it!) Atrorubens yet on the right at a distance of only 14" away we have a specimen showing signs of "Yellow Petalled". How can things be so different yet so close! I guess its all a mystery for now.


This particular plant which I found last year (2016) was striking on several accounts. For one its strong opposite colours stood out a mile.  It had a couple of pointers which had strong resemblance to E. Helleborine possible input, whilst at the same time recognizing it had to be a "atrorubens"!

The area were this was found has a grand old mixture about it, with several E. Helleborine, some with a very light phase and a odd one bordering the "chlorantha stage" (Helleborine observed a couple of weeks later), also there are a couple of schmalhauseneii (hybrids) closeby, also some lemon petalled etc etc all within a few metres of the plant.


(3rd June 2017) Update: I searched everywhere for this beauty but at the moment it is not yet showing.


(3rd June 2017) I found these last year and they are very close (a couple of metres) from the Specimen 65 mentioned above. I was keeping a eye on them last year but sadly the deer got to them and gave them the snip! they look very interesting and time will tell.  They are in a typical mixed up area which includes Schmalhauseneii hybrids, nearly Chloranthas, unusal looking helleborines and a few atrorubens with green stems, so all in all there is a good mixture in this particular area.#

(7th June 2017)  I found this beautiful atrorubens which is probably one of the darkest I have ever come across.  It was found under light canopy of shade although around the plant there were others that were green or light green. 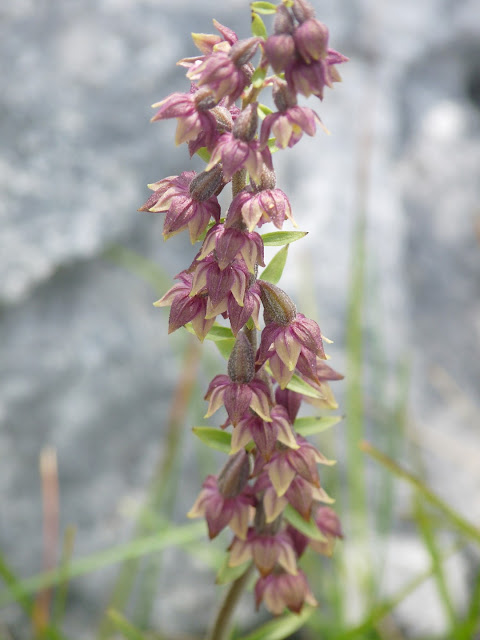 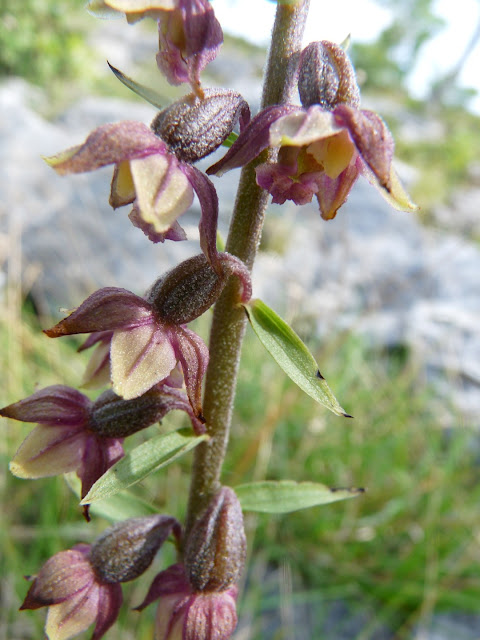 This was a lovely plant (shown above) I found towards the end of the 2017 atrorubens flowering season.  It appealed by its unique colouring especially with the red rib on the lemon petals, it gave it a very distinct look. Without doubt a "one off" as yet, I have scoured the area close by but found nothing similar. 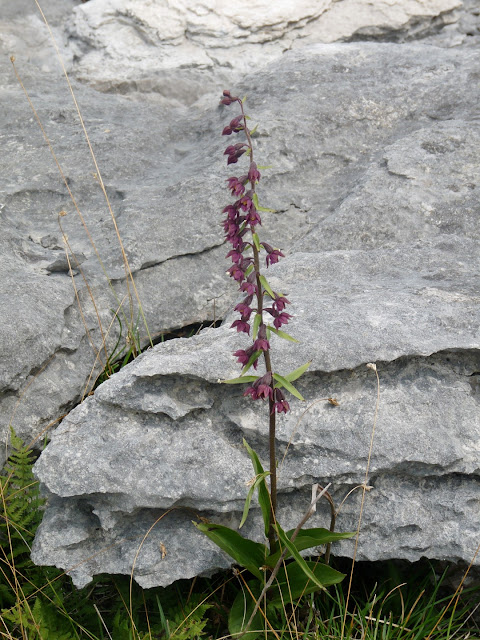 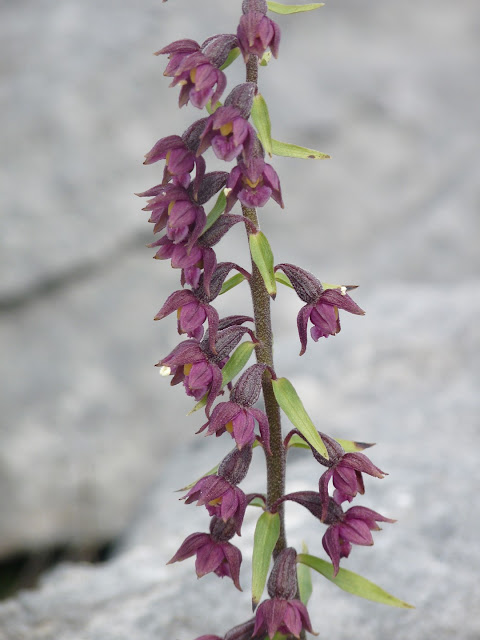 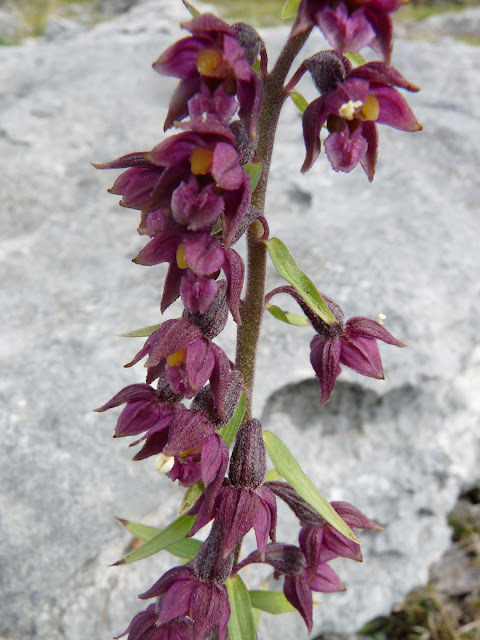 Although I have been watching this particular specimen for over four years it still remains unnamed for now.  I guess at first look it may give you the impression it is a straight forward "classic" atrorubens and that may well be so!  but for me I personally doubt it very much, I have kept my eye on this particular plant and absorbed its beauty from all arenas.  Its one of those plants of which there are several where the sepal tips end in the "bell sweep" which in my opinion gives the plant such a "special" delicate look!!

The reason I have always had doubts to this particular plant being a classic "atrorubens" is in the fact that it lies entirely at the heart of a "mega mix" of activity, and surrounded by only Schmalhauseneii hybrids or by close Palans varieties with no other "classic" atrorubens in the immediate area. All the close by plants which lie within one metre are of this category (eg Schmals or Pallans) and account for up to ten plants.

The two striking populations in this area are Specimens 9 and Specimens 11 (the 9s being the Palans or light phase specimens, whilst 11s being the Schmals which will have a red flower and in these cases on a light green stems).  I am of the opinion that this particular plant may somewhere in its gene pool have connections with the 11 family. Although I am clearly beginning to think that perhaps even the "Palans" varieties we are now getting would eventually be found to not be varieties but will ultimately turn out to be yet another stage of the "Schmalhauseneii" hybrid pool. 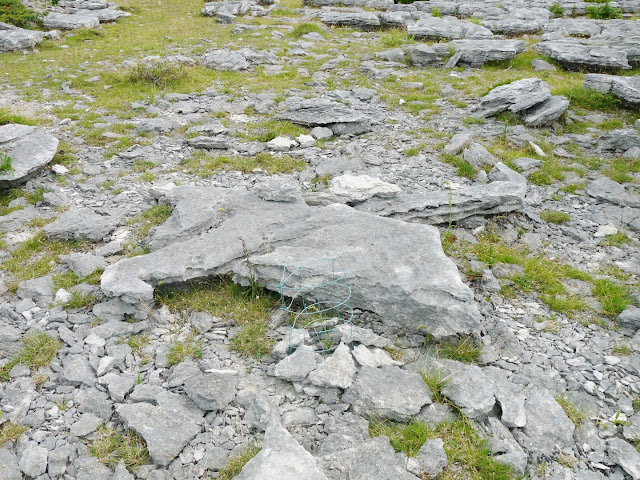 This photo shows its home and if you look to the left hand side of the cage which holds (Schmal 11b) you will see the unnamed specimen which sort of comes up from underneath the limestone slab and clings to its side. 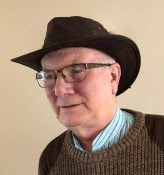 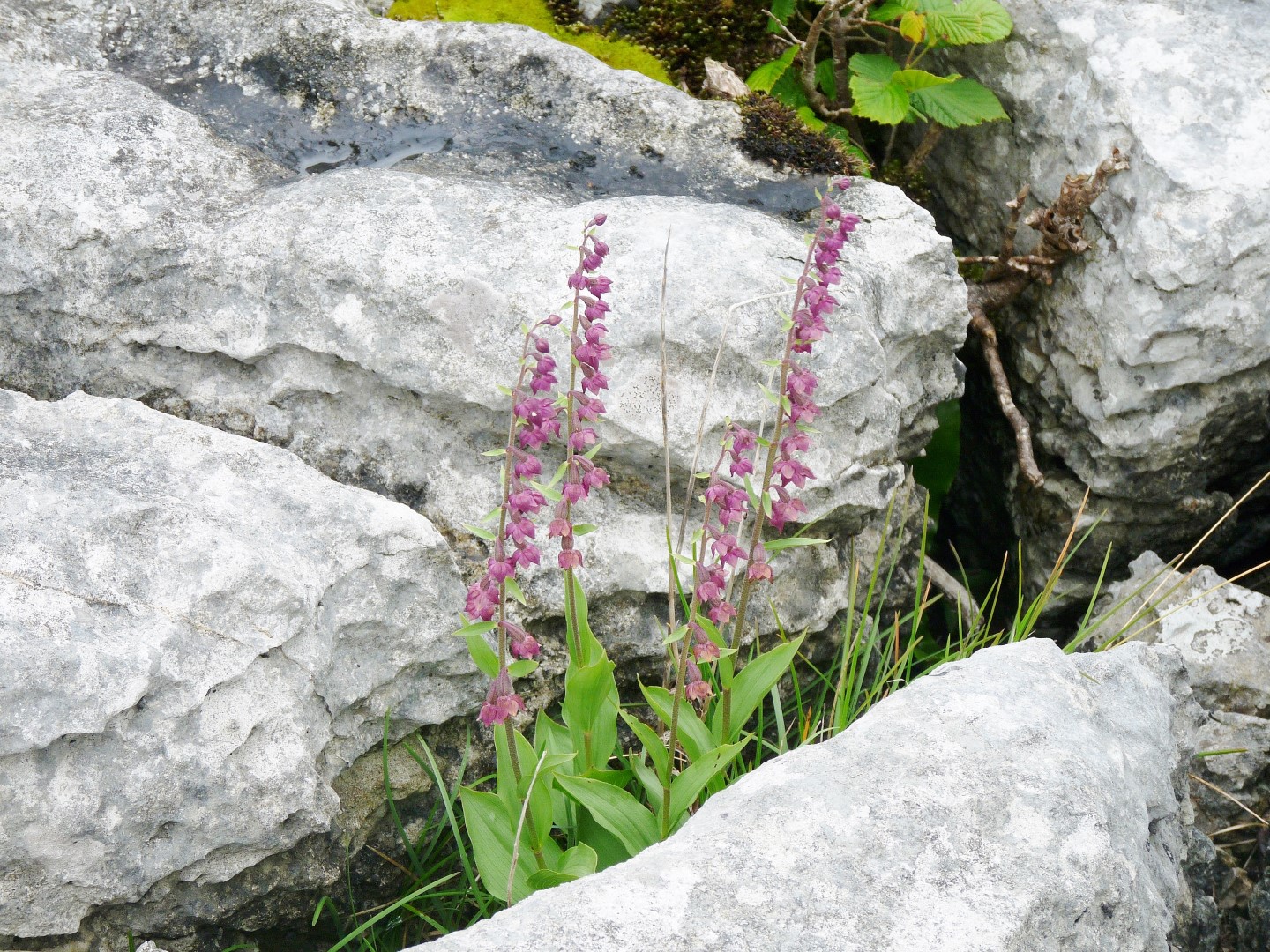 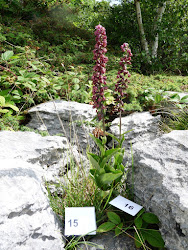 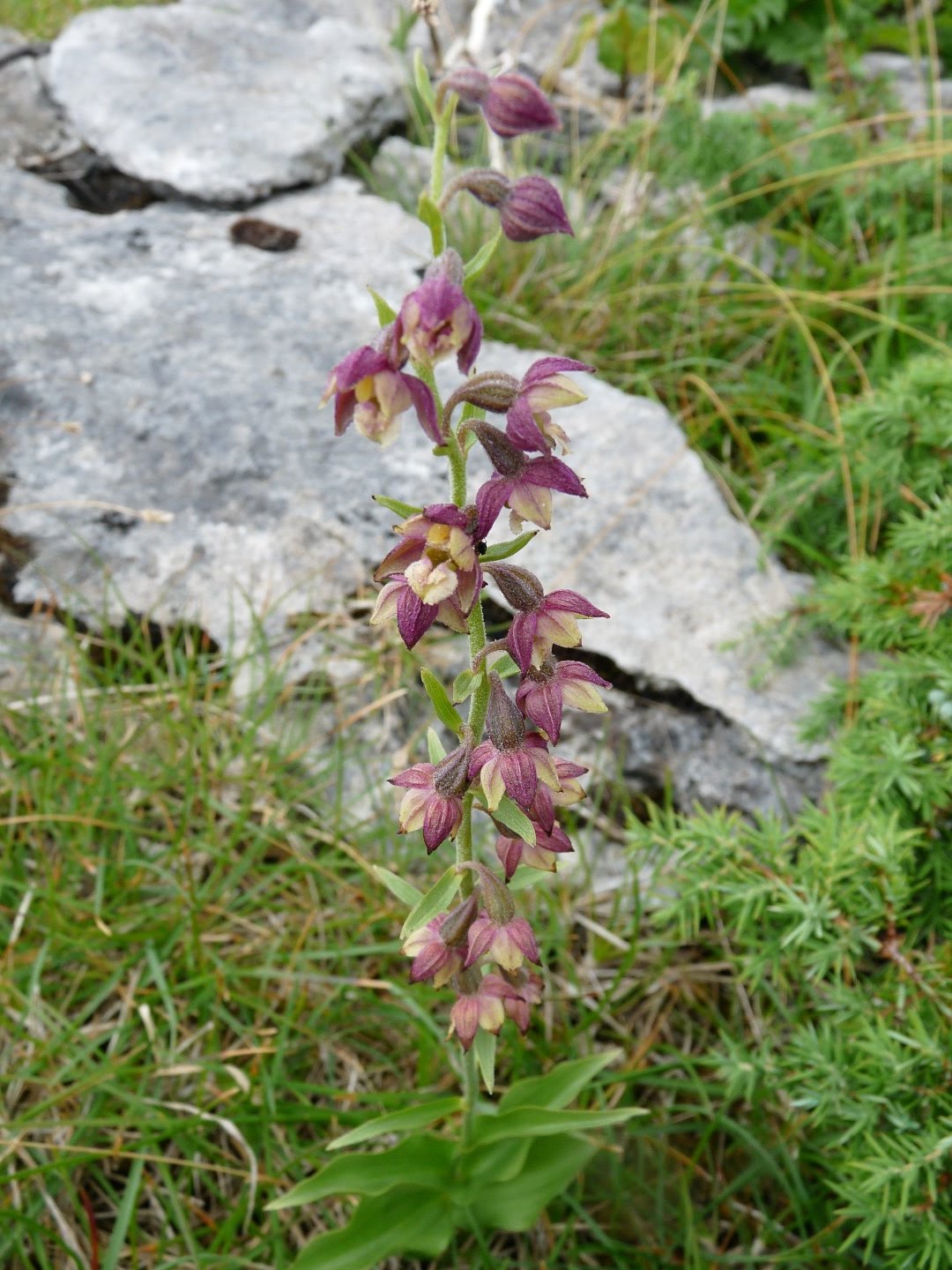 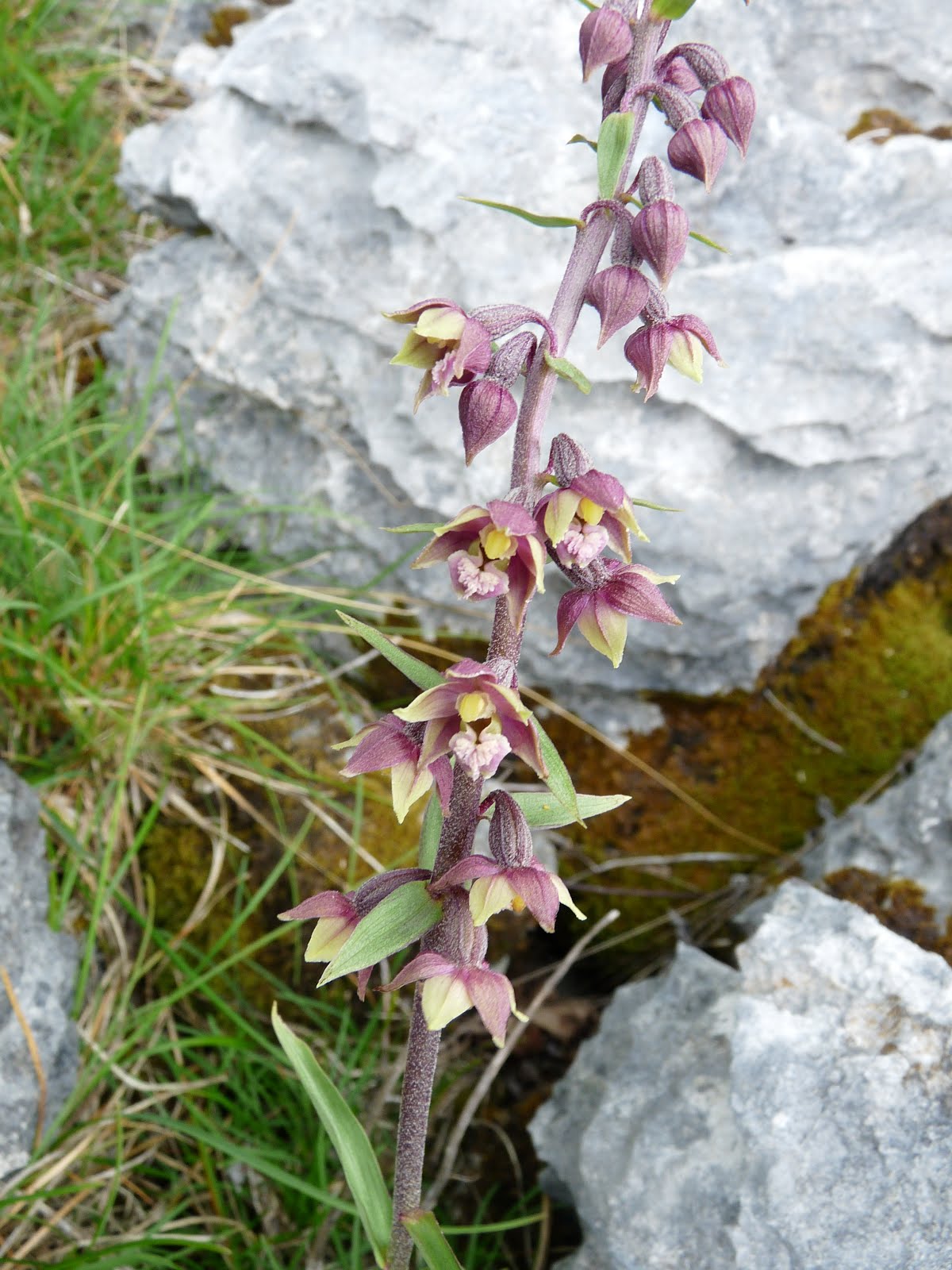 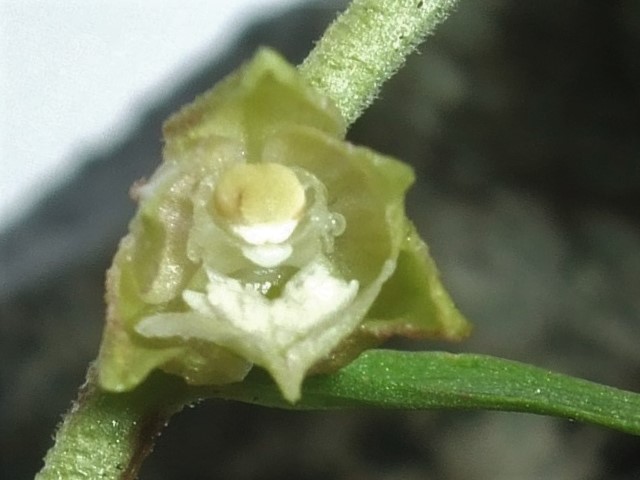 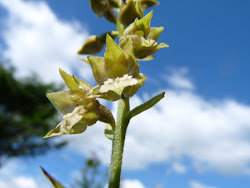 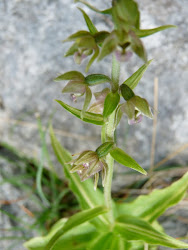 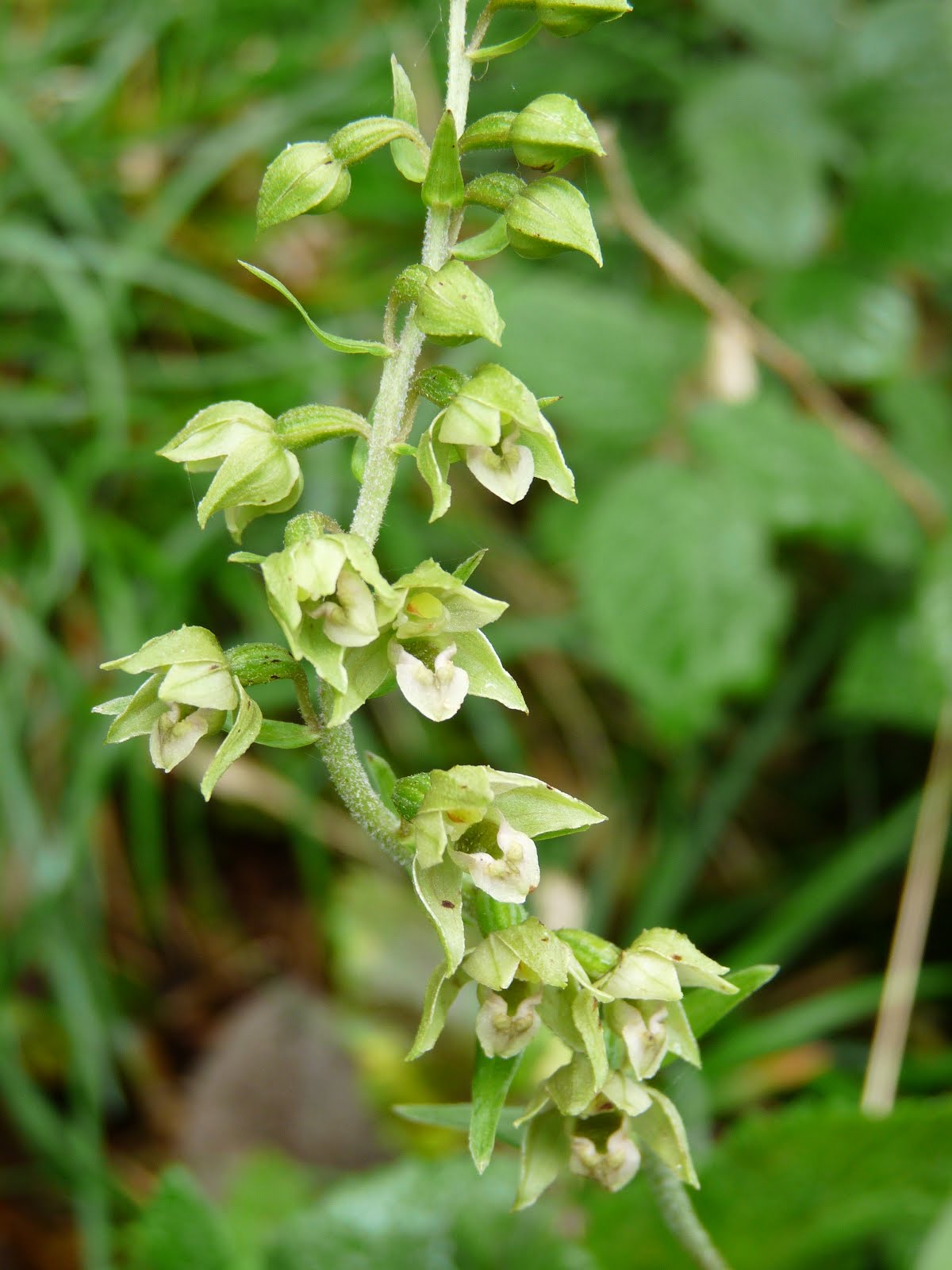 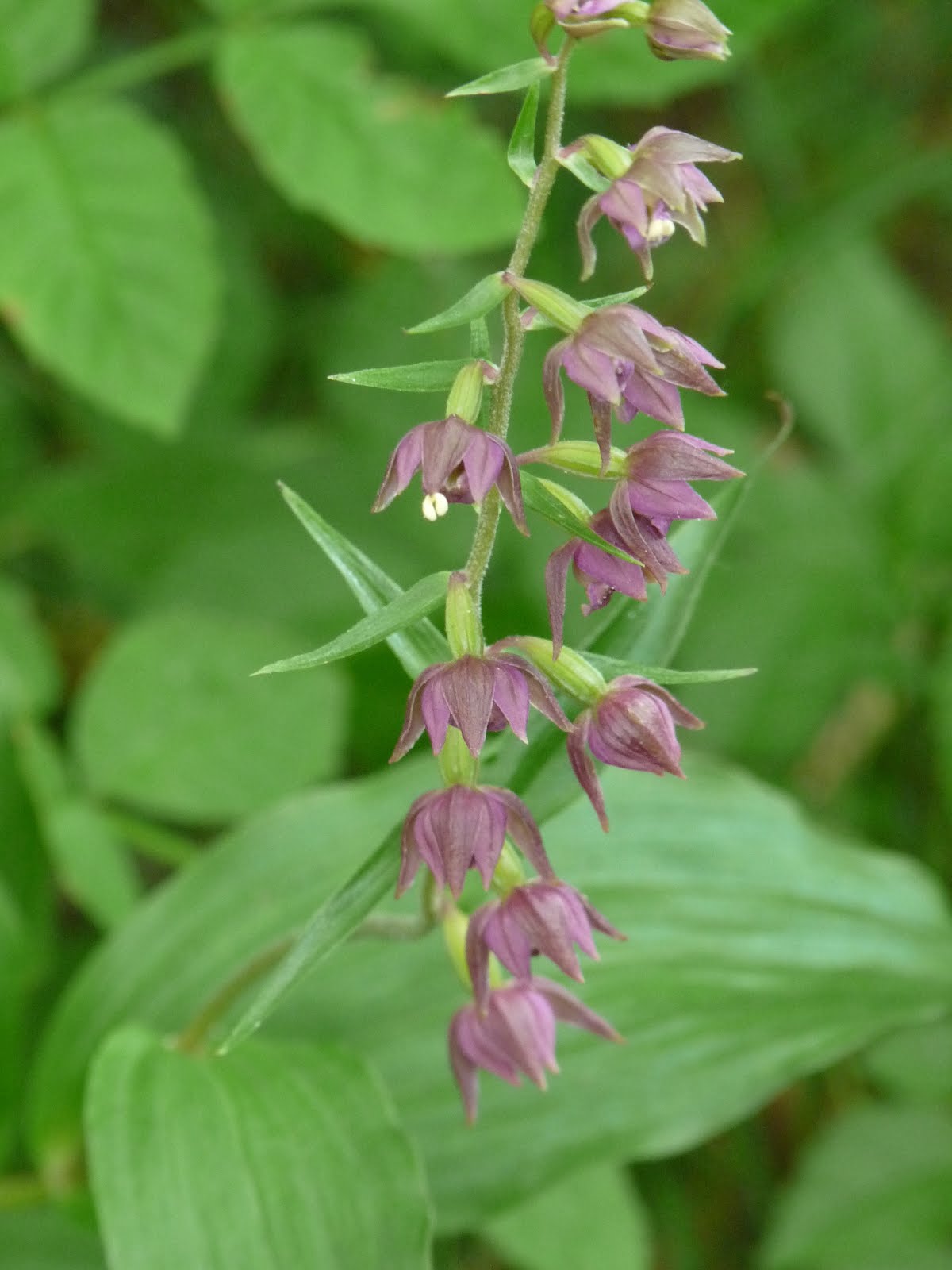 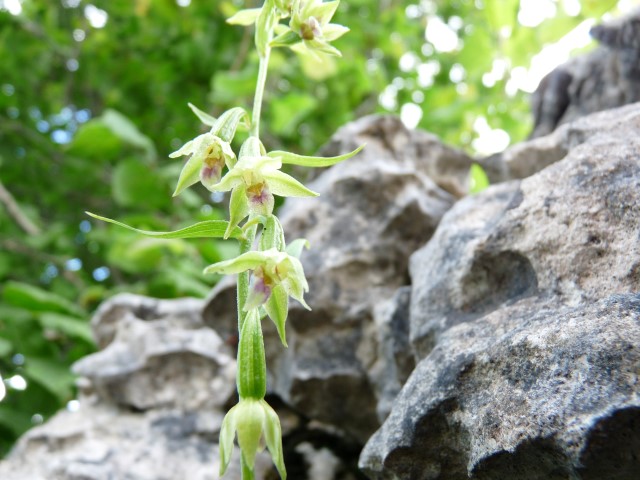 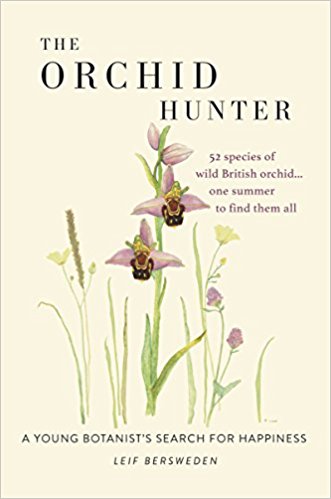 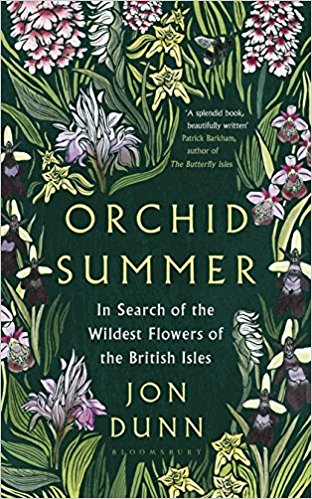 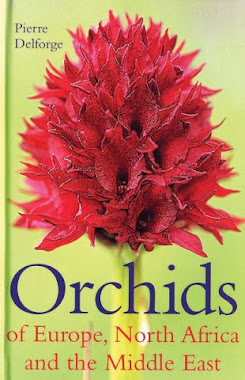 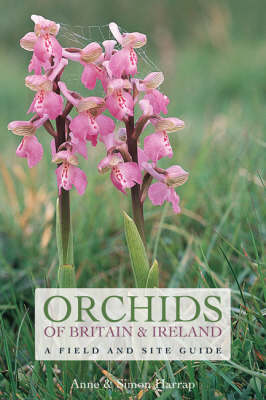 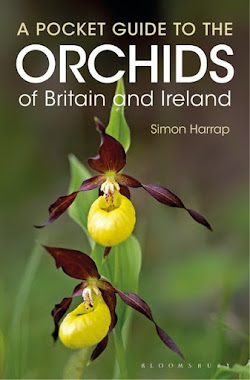 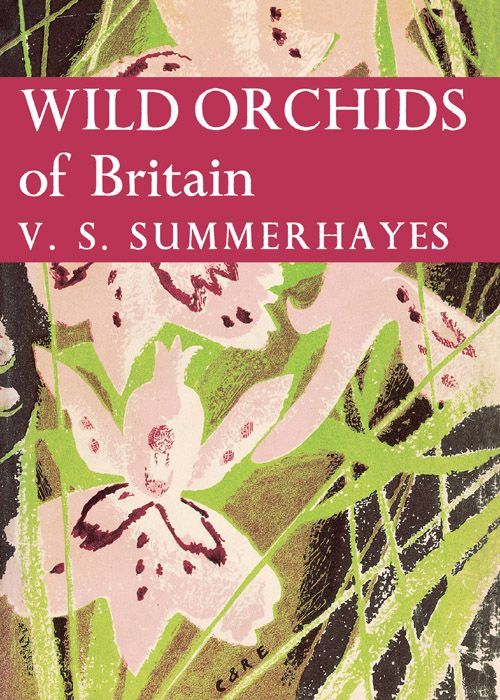 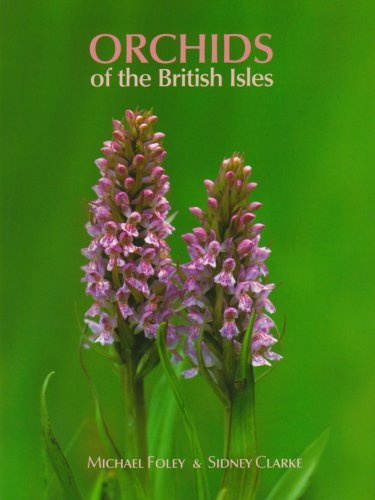 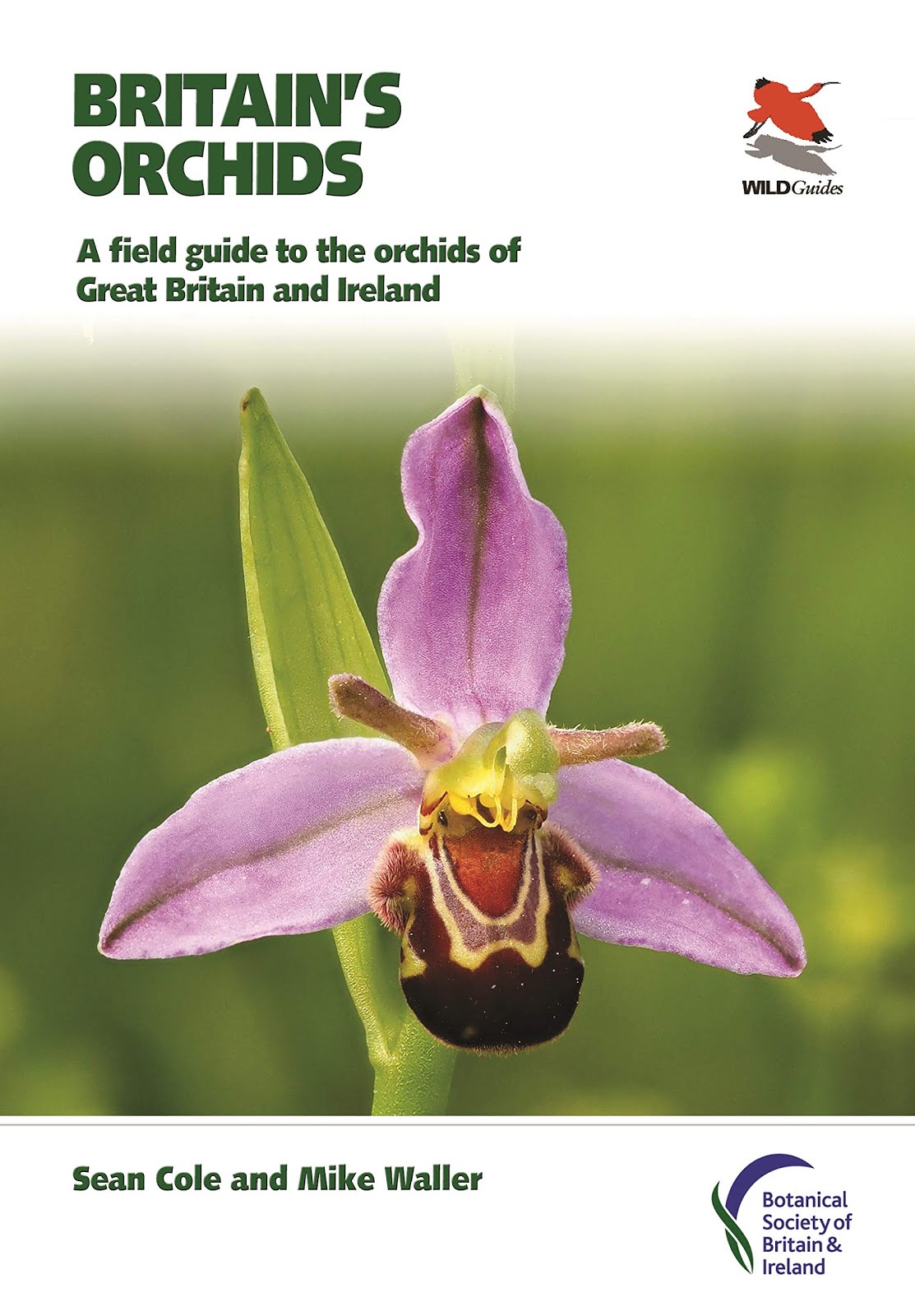